Tuesday nights game had a different feel to it.  For one this was Senior night for the Boys & Girls Basketball programs as well as the dance team.  Although both the boys and girls teams have another home game everyone decided it would be best to have the game on the same night vs a SVL opponent.  Powers Catholic would start all of its seniors which has been a tradition for the boys program.  Caleb Hodge, Noah Baylis, Elijah Redds, Evan Rekowski, Luke Phillpotts Gabriel Avery & Nevaeh Sanders were the seniors being honored. Davison was the first team to give the Chargers a loss earlier this season which seems like years ago.  Powers Catholic traveled over to Davison 2-0 in the early season and Davison beat the Chargers 54-59.  The Chargers were looking to be on the other end of the stick this time out.  Davison would jump out to an early lead on McCarthy & football star Brendan Sullivan baskets.  The cardinals led 11-5 early in the first quarter.  As the quarter extended Powers Catholic started a thunderous run.  The Chargers led 18-11 outscoring Davison 13-0 to end the quarter. As the second quarter began the Chargers continued to bother Davison with its pressure defense.  After Davison being up 11-5 early in the first the Chargers outscored them 34-8 to end the half.  The Chargers led 39-19 at the half.

In the second half Davison started to regain some footing.  The Cardinals would score 21 points in the third quarter and cut into the Charger lead.  Junior Eric Coffey hit two three point baskets to keep Davison at bay.  The Chargers led 55-40 at the end of three quarters.  In the fourth quarter the Chargers would keep up its stellar play.  The unselfish play of the Chargers proved to be the difference in the ball game.  The final score on senior night was 76-54 Powers Catholic.  The Chargers forced Davison into 23 turnovers in the game and Powers Catholic would shoot 54% from the field for the game.  Senior night is always about the seniors and all the sacrifices they have shown towards the program over the years.  Thank you to our 7 seniors for their commitment.  The Senior output was as such.  Hodge 2 points, Baylis 7 points, Redds, 2 points 2 rebounds 2 steals, Sanders 7 points 3 rebounds, Avery 10 points 3 steals, Rekowski 13 points 5 rebounds 2 assist & Phillpotts 10 points & 6 rebounds. The Chargers return back to action on Friday vs rival Grand Blanc at Grand Blanc high school for their senior night game. 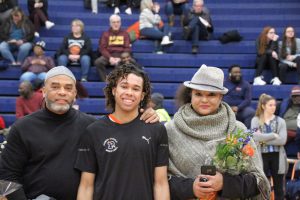 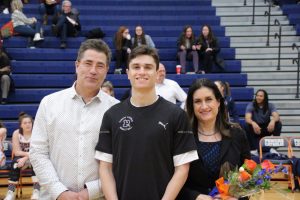 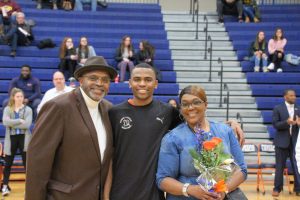 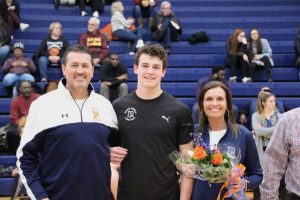 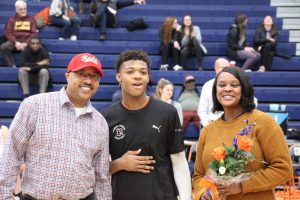 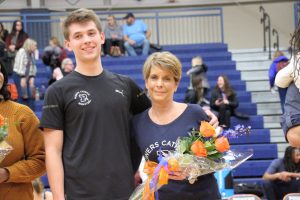 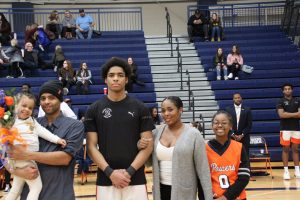