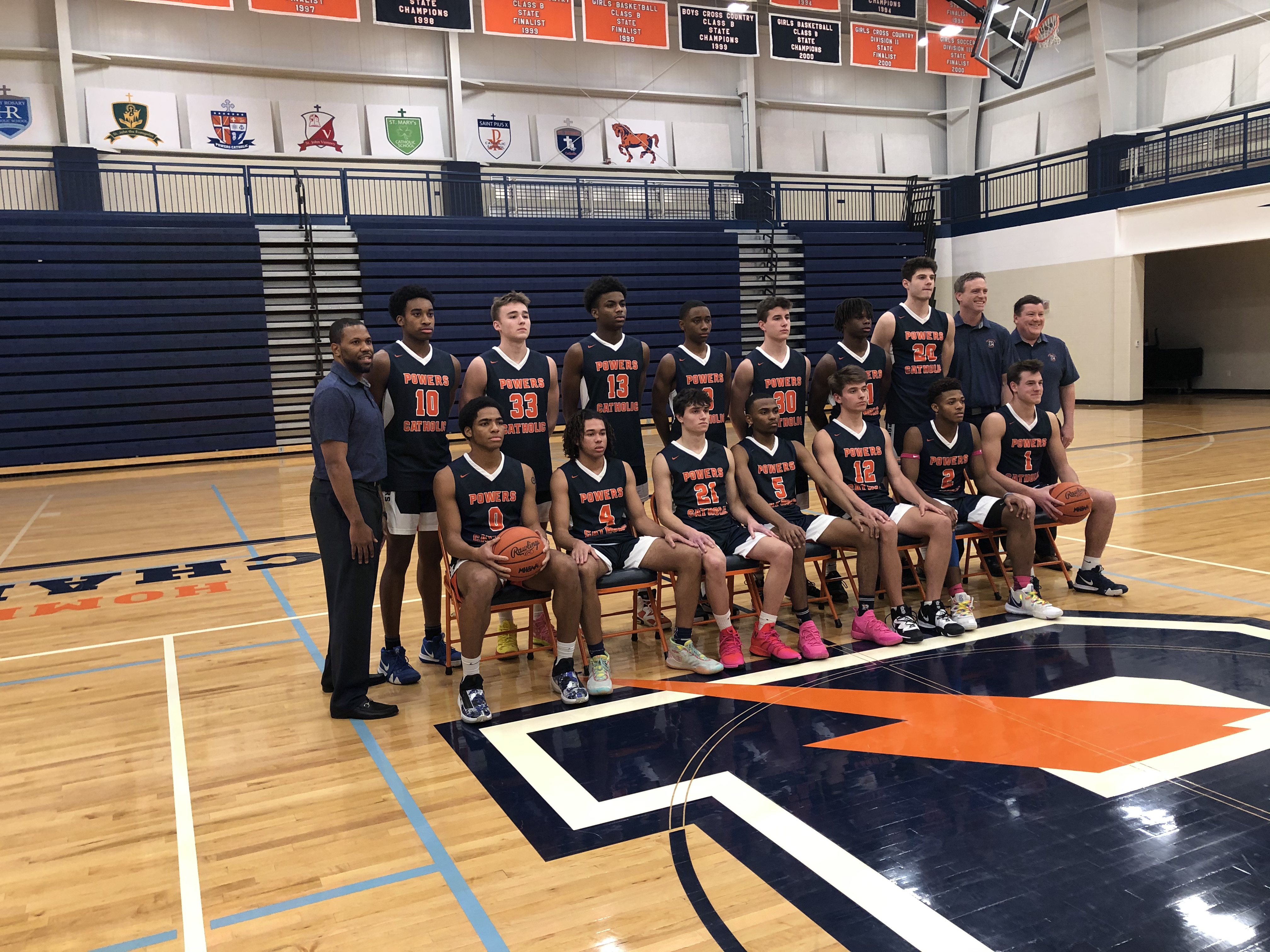 Powers Catholic opened its season officially last night vs the Lapeer lightening. This was the first home game of a 2 game home stand for the Chargers.

The Chargers started out fast getting on the board with a Elijah Redds 3 point play and a Lobsinger dunk on the following possession. The Chargers led 18-8 at the end of the 1st quarter. The Chargers built their lead to as many as 21 in the first half with a 33-12 advantage behind multiple key contributors. The Lightning however would battle back and cut into the Chargers lead on a buzzer beating shot to end the half to make the score 38-25 Powers Catholic.

The second half found the Lightning continuing to cut into the Chargers deficit by knocking down 3 point shots. Senior Brian Brown would hit two 3 point shots for Lapeer in the quarter. Lapeer would cut the lead to as few as 7 points in the quarter. The Chargers would tighten back up their grip and extended the lead back up to 20 late in the 4th quarter. The story of the game was the Chargers ability to force turnovers. Lapeer had 28 turnovers in the game. The Chargers defense had a lot of activity in forcing Lapeer into those errors. Final score 74-55 Powers Catholic over Lapeer.

Lapeer was led by forward Hayden Brennan with 16 points and 6 rebounds.

Junior point guard Jesse Carpenter did a wonderful job pushing the pace in the game. Carpenter finished with 7 points 4 assist and tied for a team high with 5 deflections. Junior Owen Lobsinger led the Chargers with 20 points and 8 rebs. The 6’7 junior also had a team high 5 steals and contributed 4 assist and 5 deflections. Seniors Elijah Redds, Nevaeh Sanders & Gabriel Avery had 8 points. Senior guard Noah Baylis had 7 points and 3 assist. Total team effort win by the Chargers. 10 players reached the scoring column. The Chargers are off the rest of the week. They finish out the home stand next Tuesday December 17th vs Midland Dow.