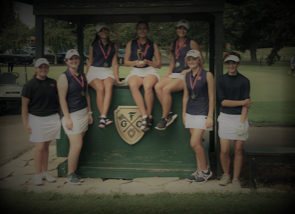 On Monday, August 31st the Flint Powers Catholic girls varsity golf team hosted their annual Charger Invitational at Flint Golf Club. Coach Jim Snow was extremely pleased with his teams effort as they beat quite a number of Division 1 schools. The Chargers took home the 2nd place medal for the invitational.

Jolie Brochu was the number one individual medalist and shot a 73 even par. Brochu came out on top in her group against Grand Blanc Powerhouse Kate Brody who shot a 74. Lily Isaac had a great showing by shooting an 84. Alexandra Sexton also had a good round in the 80’s. Jolie Brochu, Alexandra Sexton, and Lily Isaac made the top ten ALL Tournament team for the 2nd time this year. Mae Moose supported the Chargers and had a great shot out of the rough followed by a fabulous chip to help the team. Lauryn Kita contributed and shot a 101. Sophomore Zoie Karayanis shot a 93 and freshman Lillee-Ann had another good outing with a 95.