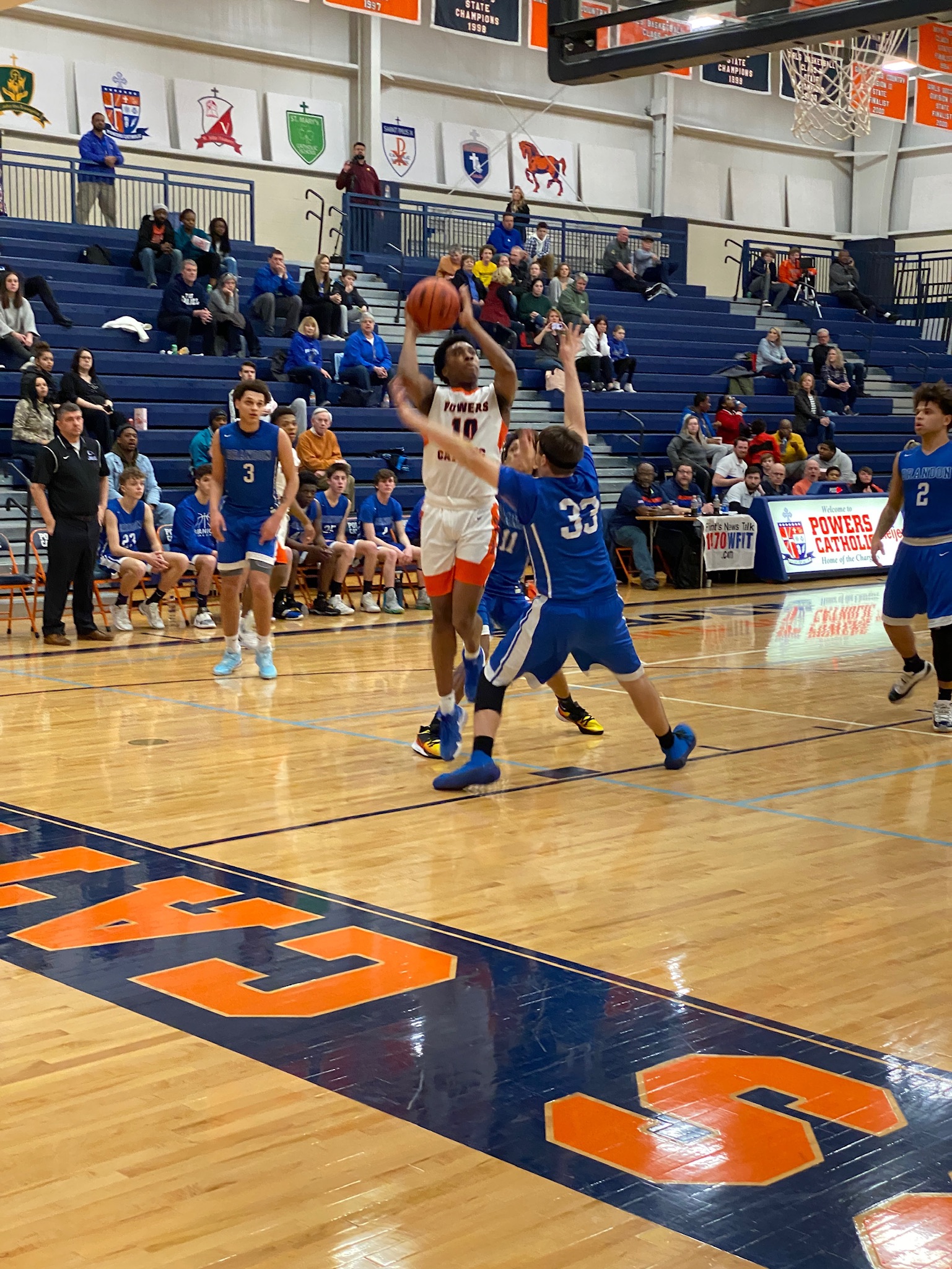 When the season wraps up teams are looking to get ready for district play. In interesting fashion Ortonville Brandon would be coming to Goggins field house to play Powers Catholic in the final regular season game of the year. Ortonville Brandon is in the same district as the Chargers. They will be playing another game next Wednesday on the Chargers home floor again of the winner between Flint Hamady & Powers Catholic from Monday nights contest. Brandon came out and played very hard at the beginning of the contest. Brandon took an early lead capitalizing on Charger miscues. Forward Keyantae Turner scored 4 of Brandon’s first 7 points. The Chargers got on track on the defensive end by forcing Brandon into turnovers. The Chargers led 11 – 7 to end the first period. In the second period both teams would play sloppy. The Chargers turnovers and shot selection would keep their offense in low efficiency. Brandon would outscore Powers Catholic 14-11 until Elijah Redds drive and drop off pass to Luke Phillpotts. That play would give the Chargers 13 points in the quarter and build a 24-21 lead at the half.

In the second half the Chargers offense looked much smoother. Powers Catholic scored 18 points in the quarter as Evan Rekowski knocked down two 3 point field goals and Luke Phillpotts scored 8 points in the quarter. The Chargers held Brandon to just 7 points in the period and stretched its lead to 42-28 heading into the 4th. In the final period the Chargers defense held serve and continued to force Brandon into miscues. Brandon would commit 25 turnovers in the game. Powers Catholic continued its poise and won 57-38.

Powers Catholic scored 22 points off the Brandon miscues and posted 30 points in the paint. Luke Phillpotts had 18 points & Nevaeh Sanders had 11 points. Both Sanders & Phillpotts had 5 offensive rebounds. Phillpotts had a game high 8 rebounds. Gabriel Avery posted 9 points and had 3 assist. The Chargers will return to action in District play on Monday vs Flint Hamady. Powers Catholic will be the sight of all the district games beginning March 9th.