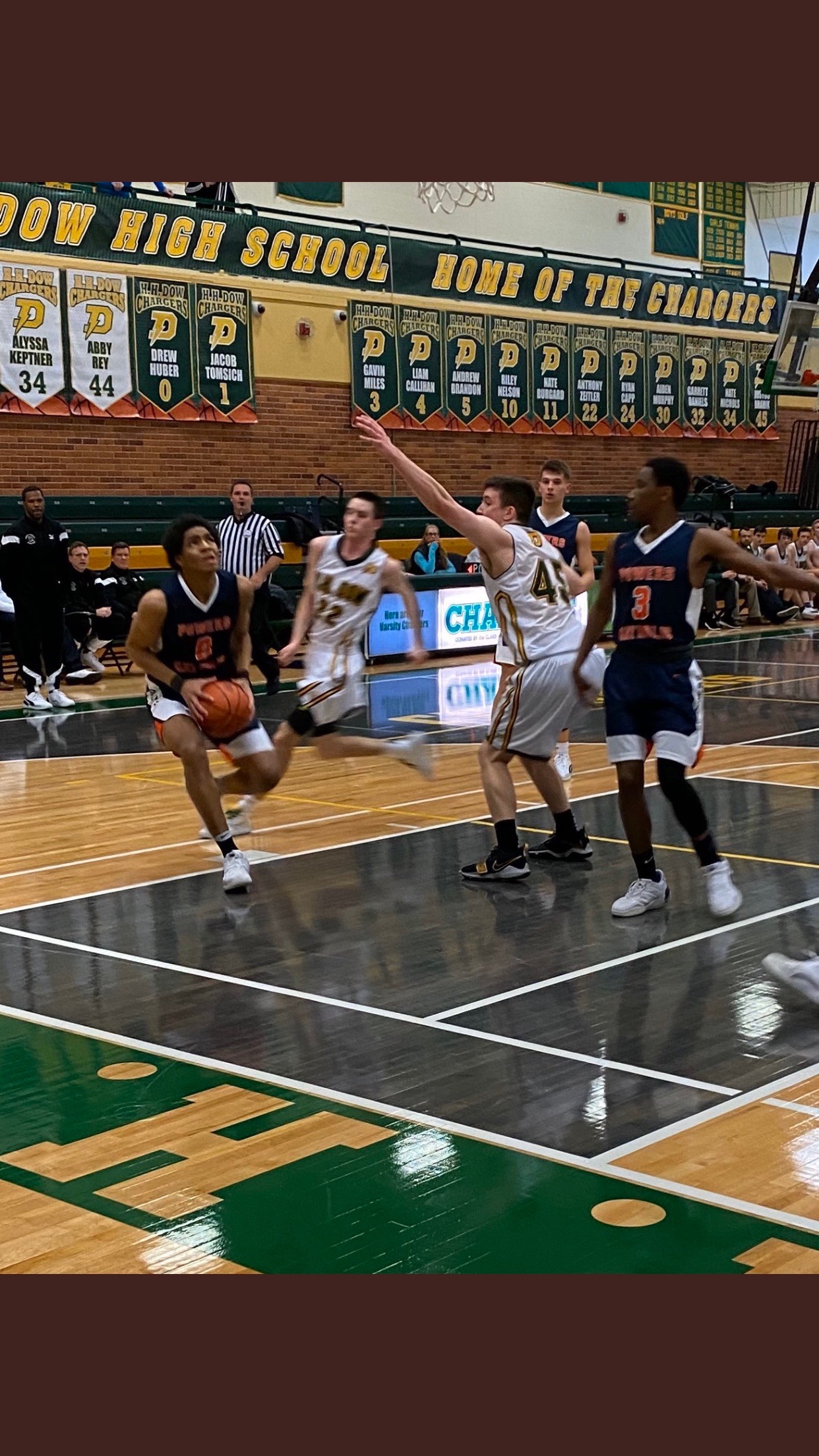 Powers Catholic came into the SVL crossover action looking for its second win of the season over H.H Dow. The Dow Chargers were the second contest of the season for Powers Catholic earlier this year. With both teams fairing in December both teams are different clubs at this point in the season. The Chargers are without two starters Lobsinger & Baylis due to injuries and Dow has seen shifts in their scoring with All-SVL player Jacob Tomisch having big nights for Dow. Powers Catholic opened up a early lead with its balanced attack offensively. Senior guard Gabriel Avery had some nice feeds early in the game and Nevaeh Sanders and Luke Philpotts were the recipients of them. Avery had 4 assist in the first half. The Chargers built a double digit lead to only see Dow cut into that lead behind hot shooting from Tomisch. Powers Catholic led 16-9 to end the first quarter and led 29-23 at the half.

Powers Catholic shot a blistering 62% in the game from the field. Powers Catholic also had 25 points off turnovers and had 48 points in the paint. Powers Catholic was led by Seniors Nevaeh Sanders & Luke Phillpotts who had 14 and 11 points to go along with 4 rebounds apiece. Junior Erick Coffey led the team in scoring with 17 points & junior Joe Tettah had 10 points for his first double digit effort of the season. Evan Rekowski had a team high 8 rebounds. Dow was led by Anthony Zeitler 20 points & Jacob Tomisch 14 points. Powers Catholic closes out the regular season next Thursday March 5th vs Orten-ville Brandon at Goggins Fieldhouse.